It’s been an incredibly busy week: there was my presentation on Tuesday, and our open day yesterday at Beeldtaal Filmmakers where we held workshops about video editing, marketing, and 360 film, where we had made one especially for the ocassion! You can see it here, on our Youtube Channel:

Audio was designed by Bob Kommer audio studio, and featured here is our crew: Joren Lenferink (cameraman and drone operator in the film), Lukas Brouwer (animator and barista in the film), Arnold Bomhof (editor and scientist in the film), Daniel Nijenhuis (our boss and plays the translator in front of the flipover), Heleen Nijenhuis (human resources and the lady on the bike), Chris Frieswijk (editor and director, plays the juggler), Chris Dunnink (editor, journalist, and writer, plays the astronaut), Bas (our intern and the one who wears flippers), and myself (I’m the one that’s chasing after the animated characters).

What isn’t featured in the film, because it came a few weeks after our shoot, is a large mural I designed for our studio. We had it printed last week, and this week it was finally installed on the wall: 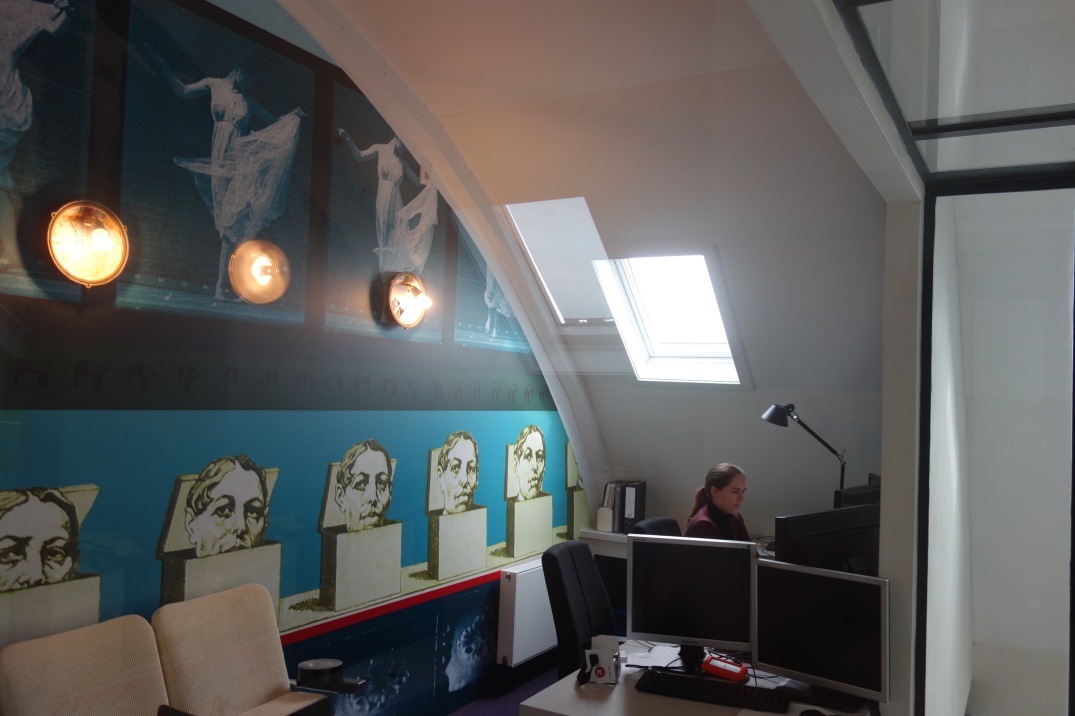